Pubblicato da Soluzioni per crescere a 07:08

Have a good day and visit our
Christmas page
Pubblicato da Soluzioni per crescere a 02:35

Have a good day and visit our
Christmas page
Pubblicato da Soluzioni per crescere a 00:37

Pubblicato da Soluzioni per crescere a 04:31

– “Poland – Heart of Europe” is the theme for Keukenhof 2013. The highlight for this theme year is the Romance of Chopin. The flower bulb mosaic shows a portrait of Chopin who was born in Poland. For several years now, Keukenhof has chosen to feature a different theme country each season. The theme country is the focus of attention in the park, which ensures a great deal of publicity in the country itself. In 2012, we are going to Eastern Europe. From 21 March to 20 May, the park’s focus will be on Poland as “Poland – Heart of Europe”. Keukenhof will be paying a colourful tribute to Poland, which is not only an important export market for flowering bulbs but also a growing source of tourists. In 2011, around 9.000 Polish visitors passed through the gates of Keukenhof. Read more

22end of February till 26th of FebruarY 2012
Flowers, lifestyle and business all in one unique event
From Wednesday 22 to Sunday 26 February 2012 it will be time for the Holland Flowers Festival again. The biggest under-cover floral gardens in the Netherlands attracted more than 25,000 visitors last year. The show is rounded off by an inspiring lifestyle exhibition and an informative business fair for entrepreneurs. It is precisely that combination that makes the Holland Flowers Festival one of the most successful events in the Netherlands.
http://www.hollandflowersfestival.nl/en

Pubblicato da Soluzioni per crescere a 04:13 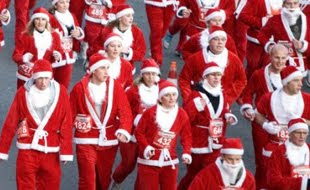 The famous Santa Running in Rotterdam, held usually on december, is cancelled this year, but if interested,there is a Santa Claus Marathon In the Artic Circle, next June.
In the Artic Circle, Santa Claus Marathon is on June 16th 2012
You will be able to start off from 6pm to 8pm onwards at the front of Santa Claus's Office and then cross the Arctic Circle (66'32'35") with Santa himself watching you start on your way.
For further informations http://arcticcirclemarathon.com
Pubblicato da Soluzioni per crescere a 01:51

Measure out the flour, baking powder, salt and rolled oats into a bowl.

Put the butter and sugars into another bowl and beat together until creamy — this is obviously easier with an electric mixer of some kind, but you just need to put some muscle into otherwise — then beat in the egg and vanilla.

Beat in the flour, baking powder, salt and oat mixture and then fold in the cranberries, chopped pecans and chocolate chips.Roll tablespoonfuls of dough into a ball with your hands, and then place them on a lined or greased baking sheet and squish the dough balls down with a fork. You may need two baking sheets or be prepared to make these in two batches.

Cook for 12 to 15 minutes; when ready, the cookies will be tinged a pale gold, but be too soft to lift immediately off the tray, so leave the tray on a cool surface and let them harden for about 5 minutes. Remove with a spatula to cool fully on a wire rack.
Pubblicato da Soluzioni per crescere a 06:03 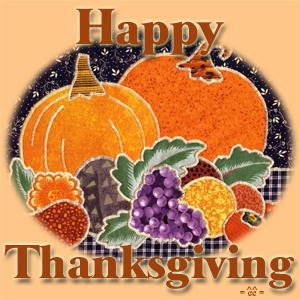 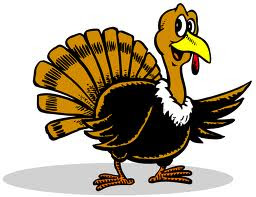 Pubblicato da Soluzioni per crescere a 10:38

The Royal Flora Ratchaphruek Expo was first held in 2006 as a tribute to HRH King Bhumibol and the Thai royal family. Covering 80 hectares of parkland just outside Chiang Mai city center, this spectacular flower festival featured more than 2,200 species of plants from around the world, with themed gardens from 30 different nations.
Open from December 15, 2011 to March 15, 2012, the upcoming festival will be just as impressive. The Royal Park will again come to life in vivid color, with thousands of foreign and native plant species, including hundreds of types of orchids. The grounds will also be ablaze with the tiny yellow blossoms of the ratchaphruek tree, Thailand's national flower.
Must-see features of the festival include extensive royal gardens and pavilions, an Orchid House, a Biotechnology Building, and elaborate themed areas hosted by different nations. A giant flora Ferris wheel, kids' eco park and 'Imagination Light Garden' keep younger visitors entertained, while a daily schedule of cultural performances give guests the chance to relax between exploring the different zones. 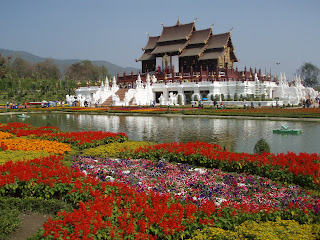 Aside from honoring the Thai royal family, the festival intends to raise awareness about global warming and highlight the importance of responsible environmental practices. National and international symposiums will also take place, with leading Thai and foreign horticulturalists leading talks on topics such as crop protection, sericulture (silk farming) and horticulture.
Outside the Royal Park, travelers will find plenty to keep them occupied in Chiang Mai. One of Thailand's most charming and beautiful cities, Chiang Mai has temples, night markets, cool cafés, a thriving arts community and a lively night scene. As one of the country's main manufacturing hubs for handicrafts, furniture and textiles, Chiang Mai is also a great place to learn about traditional Thai and Lanna-style décor and pick up authentic, locally-made gifts and souvenirs. 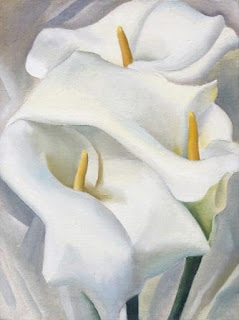 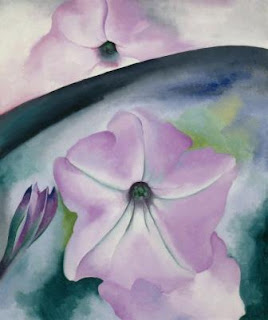 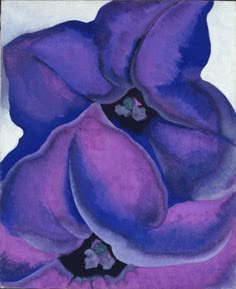 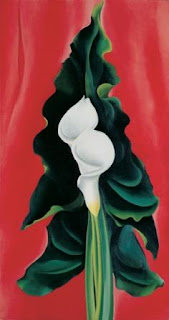 Pubblicato da Soluzioni per crescere a 06:06

Email ThisBlogThis!Share to TwitterShare to FacebookShare to Pinterest
Etichette: flowers 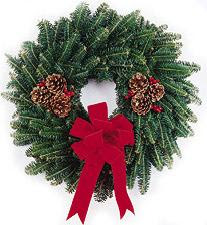 Pubblicato da Soluzioni per crescere a 03:08

See new images and widget in our page Halloween time

The villains haunt those weak and frail
Along with vampires, with there faces so pale
They try their best to be terrifyingly mean
On the horrifying day of Halloween

The devils, zombies and Frankenstein too
Are out on a hunt searching for you
They try their best to remain unseen
Until that horrifying day of HALLOWEEN

Pubblicato da Soluzioni per crescere a 01:21

Email ThisBlogThis!Share to TwitterShare to FacebookShare to Pinterest
Etichette: easter

The beauty of a single rose